XCELL BIOLOGIX™ is a global regenerative medicine company focused on innovative amnion derived technologies that could disrupt traditional painful and expensive treatment options for tissue regeneration and healing of chronic wounds and severe burns. On November 15, 2017, XCELL BIOLOGIX™ signed an exclusive worldwide licensing agreement with the Wake Forest Institute for Regenerative Medicine (WFIRM), a research institute affiliated with Wake Forest School of Medicine, for development and commercialization rights for novel amnion derived technologies shown to accelerate wound closure and re-epithelialization for the protection, healing and repair of chronic wounds and severe burns.

The company is rapidly building a portfolio of unique patented regenerative treatment product candidates to improve patients’ outcomes along with reducing pain and lowering costs. Founded in 2015 by Bruce Anderson and Steve Anderson of Kennesaw, Georgia and Longboat Key, Florida respectively, the company has more than 70 years’ global experience developing, manufacturing, processing and commercializing more than 20 implantable human cardiovascular and orthopedic tissues as well as Class II and III medical devices. XCELL BIOLOGIX™ was formed in Florida and is headquartered in suburban Atlanta, Georgia.

We are committed to delivering innovative, patented technologies to help accelerate wound closure and skin growth for patients, as well as providing tissue donors the opportunity to help improve another person’s quality of life. 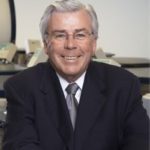 Steven Anderson, Chairman. Mr. Anderson, 82, is a founder of CryoLife, Inc., and served as CryoLife’s President, Chief Executive Officer, and Chairman of the Board of Directors from its inception in 1984 until his retirement in April 2015. During his tenure the company grew from 0 revenues to $150 million in revenues and from six employees to over 500 employees worldwide. CryoLife has done business in over 80 countries. Today, the company’s global headquarters is in suburban Atlanta, with offices in London, England, and Singapore. The Company had an initial public offering on NASDAQ in 1993 and was listed on the NYSE in 1998. Prior to founding CryoLife, Mr. Anderson was Senior Executive Vice President and Vice President, Marketing, from 1976 until 1983, of Intermedics, Inc. (now Boston Scientific Corp.), a manufacturer and distributor of pacemakers and other medical devices. He is a graduate of the University of Minnesota at Minneapolis.

Bruce Anderson, President/CEO. Mr. Anderson, 55, has more than 25 years global experience developing, manufacturing, processing and commercializing over 20 implantable human cardiovascular and orthopedic tissues as well as Class II and III medical devices. Elected in 2014, Mr. Anderson has served as Vice President of US Sales and Global Marketing for CryoLife. During this time, he led a team of over 120 people, including all worldwide product marketing functions for the company. Prior to that, he was elected and has served as Vice President, US Sales and Marketing in 2008. From 2002 to 2007, he was Director of US Sales, leading the sales team to double digit growth. CryoLife’s preserved human tissues and surgical adhesives have been implanted in and improved the lives of about 2 million people. Mr. Anderson has also been a consultant for the Cardiovascular Cell Therapy Research Network. He is a graduate of the University of South Florida at Tampa.